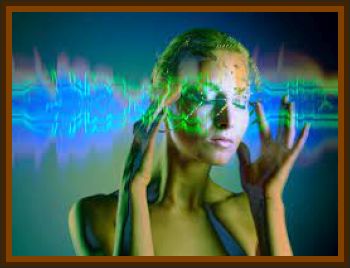 It was a clear day with bright sunshine, and without any wind.

I was 10 years of age in a rural area in the town of Bennington in the state of Vermont. My parents were in a shoe store shopping.

A young girl, about my same age, joined me in walking about 2 blocks into a grassy field. She was a fiend of the family.

We were talking between each other when we both simultaneously turned to our left and noticed a metallic disk shaped object hovering motionless in the distance about 10' off of the ground.

I immediately became enthusiastic, and so did this other girl. I instructed her to go to the shoe store and alert the people inside to come out and see this.

After she had left the area, I was completely alone with the alien craft. I watched it as it proceeded slowly towards me, and stopped to hover motionless about 40' away and about 10' off of the ground.

I was alone with this alien craft for about one full minute, during this time.

There was no physiological or psychological sensation during this time.

I did not realize until later on in my life that a telepathic exchange was occurring with the alien beings that were aboard the craft.

This will be described in greater detail later.

I never saw one of the alien beings, and nor was there missing time or the possibility of abduction.

The timeframe of the conscious comprehension of the event was consistent to this day. After that one minute alone with that alien craft, it exited into the sky in non ballistic motion faster than the eye could follow and was gone.

I returned to the shoe store before anyone else had been able to come outside to witness it. This was an event that changed my life for the rest of my life. For over 49 years now I have been awaiting an understanding of the purpose for that encounter.

I had genius quotient at such a young age, and these beings took exception to me to accomplish an objective that was known only to them that fulfilled a purpose of benefit for society.

These alien beings are a highly advanced and complex intelligence from other planets that are capable of the psychic exchange of thought processes between them, and are also capable of helping people to become aware of how to understand how this process works for themselves.

The complexity of this interaction exceeds our comprehension. Psychic channeling of this authority through a discourse is different from telepathic thought implantation.

The wonder that surrounds genuine psychic phenomenon has intrigued some of the most well regarded minds in the country, both theological and scientific.

I did not even realize it as I was growing older, as it just seemed to me to be natural, but these same alien beings were guiding me at first to become psychic, and then to differentiate myself from this process which permitted the conscious ability to watch this unfold.

At first I could consciously watch this process, and then over the years I learned to trust an increasing level of a complexity that exceeded me, but without the fear of being overwhelmed by what was happening to me and other people.

I could analyze the end result, and my uncertainty of a trust, which was a guidance to understand the fear of other people, began to decrease over time. This is what the purpose of that telepathic thought implantation at the age of 10 in that encounter was for:

Those alien beings, and others like them, were preparing people that were ready and receptive to be able to trust the benevolence of these beings that had become constrained by the requirements of military security that surrounds the alien phenomenon. It required a great deal of time and deliberation to correlate how my personal experience with this phenomenon became a means to help other people, whether conscious of their experience with alien beings or not, to incorporate into their lives a decrease of the fear of the unknown that these highly evolved life forms represent.

It is a great enigma that humanity is confronted with:

How little that we know about these alien beings so as to not overwhelm people with the fear of the unknown has culminated in not being able to extend that trust in a more complex and evolved intelligence that is benevolent.

Theological interpretation will not be enough. There is an immense void of a need in the human condition for a sustainable future in the face of great adversity that seems to destroy the planet faster than it can be saved. These alien beings can provide that structure in the collective of human consciousness as to how to achieve that future that humanity has been unable to do for itself.

Life evolves other intelligent life in the universe, and the vast majority of people are receptive to this change. There should be no fear of an alien mind control:

In an analogy, the complexity of subliminal programming by these alien beings exceeds human comprehension despite all of the modern scientific advances in computerization and technology.

The factor of life force, as a creation of God, exceeds any barrier by the physical reality. Miracles are commonplace in the universe. Life is a miracle, and these alien beings can manifest these miracles in their domain once humanity can extend that trust in a more highly evolved and complex intelligence than the human race can comprehend until that trust is extended.

It is an infinite and timeless universe out there, with an infinite living force of all creation. These alien beings await humanity to become a part of what the universe has to offer.

Humanity will evolve, as it is all a matter now for people to accept the common humility before God with these alien beings that will help to guide us into that synchronicity.