Mysterious Object Spotted Over Hull In 1901 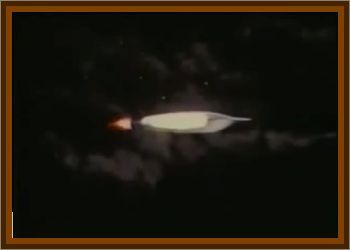 It appeared suddenly over the Humber, an immense moon like globe with a black bar across the center of its face. For a moment it bathed Hull and the Humber in a mysterious blue light.

Then, it split into seven smaller fireballs and vanished.

Was it a weather phenomenon, a comet, or Hull’s first UFO sighting? To the people who witnessed it over the town in June 1801, it may even have seemed like a sign from God.

The common misconception is that UFO sightings began in America in 1947, when Kenneth Arnold saw some unidentified objects flying over the Cascade Mountains. The famous Roswell incident, when an alien craft supposedly crashed in New Mexico, happened the same year.

But in Hull we can trace the phenomena back to June 1901, when Hull and the Humber was the scene of one of the earliest sightings of an unidentified flying object. It was featured in the local and national press and science periodicals.

After its initial disappearance, the UFO then reappeared, looking like the face of the moon, before again splitting into five circular balls of light, according to a report in the Hull Packet newspaper.

Whatever it was, came from the south west towards Hull. There was a great deal of discussion about it at the time. Could it have been a celestial object, a comet or a meteorite, or was it something else?