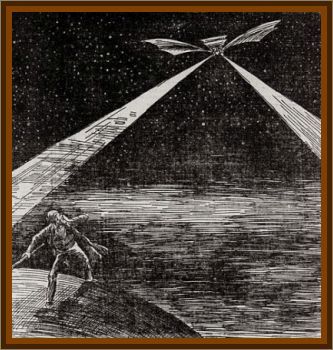 In 1909, Hull became part of the so called Scareships craze, sightings of unidentified airships, seen over a number of towns.

These Scareships were witnessed over Hull, near Coltman Street, when a Mr. Walker contacted the police and the press reporting what he had seen.

It flew over Hull, and headed for the Humber, but the next night other eyewitnesses reported the same thing, independent of each other, before Mr Walker’s sighting had been reported in the press.

In 1913, the Scareships returned, arriving in Hull in February of that year before being seen all over the country.

The press reported that one had been seen hovering over Hull for an hour. Crowds of Hull residents, including policemen, stood and watched the object hovering over Paragon Station with red and white lights reported on the unidentified aerial object.

Of course, the sightings may simply have been test flights of airships, unfamiliar technology to many at the time. UFO reports peaked in the 1940s, following the American sightings, and then again in the 1990s.