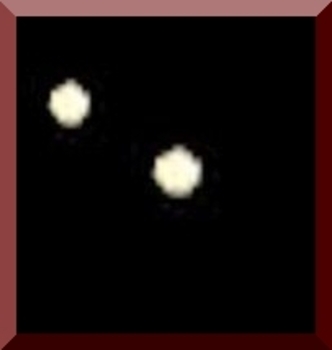 Residents of Honolulu reported seeing UFOs in the sky over Ala Moana Beach Park at 6:20 p.m.

The reporters described two small lights in the sky as fireballs with streams behind them, like continuous shooting stars that moved directions a couple of times.

The Honolulu KHON-TV2 news station’s skycam caught the objects in the sky. Neither the National Weather Service nor the Federal Aviation Administration reported finding any objects on their radar at the time the objects were witnessed.

The U.S. military conducted a missile defense test off Kauai that evening but the test didn’t begin until 7:20 p.m. one hour after the reports.

Gareth Wynn Williams, an astronomy professor at University of Hawaii explained that the unidentified flying objects were most likely streams of cold condensed water formed from a high flying airplane.

Streamers behind each one