Pan Am Flight To Honolulu 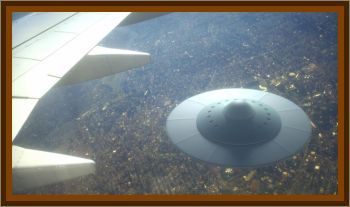 One of the best authenticated UFO cases and one which received nationwide publicity in the newspapers of the United States is the sighting witnessed and confirmed by six different airline crews some 900 miles northeast of Honolulu.

The fact that the captains of these airliners and their crews, expert and experienced aviators all of them, testified as to having witnessed the sighting of unidentifiable navigated objects in the sky can leave no doubt in the mind of any reasonable thinking person as to the reality of the incident.

The six aircraft within the region of the sighting included three Pan American Airways planes, an Air Force B-50, a Canadian Pacific airliner, and a Slick Airways Cargo plane. Captain W.B. Nash, a PAA pilot, a NICAP special advisor, secured extra details of this sighting, in line with the policy of NICAP to explore all available evidences of significant sightings. It should be remembered that Captains Nash and Fortenberry witnessed one of the most dramatic maneuvers of the UFO's ever recorded, when they observed a fleet of large disk shaped objects perform aerial gyrations in the sky above the neighborhood of Newport News, VA on the night of July 14, 1952. The objects were observed in a clear sky.

A large and very bright object, flanked by 3 or 4 smaller lower magnitude lights in a line below were observed to be travelling at terrific speed, estimated by Captain George Wilson at thousands of miles per hour. Captain Wilson stated that the formation hurtled across the sky toward the airliner he was piloting, when suddenly it made an abrupt right turn and disappeared to the south. Captain Wilson with co-pilot Richard Lorenzen and crew member Bob Scott were flying a Boeing strato-cruiser of the Pan American Airways. In his report to NICAP Captain Wilson said that the object was so bright it was like looking at a piece of the sun. He told Honolulu newsmen:

It was faster than anything I've ever seen. It may have been one very large object with brilliant center lights and surrounding lights of lesser magnitude, or separate objects. The smaller lights were either part of the mysterious object or this was an example of darn good formation flying.

The rate of closure with us was much greater than any I had ever experienced before. It was not until the object turned that I was able to distinguish the smaller lights associated with it.

It is to be noted that although details of this sighting had received publicity in newspapers everywhere, qualified NICAP investigators were on the job at once, so to speak, to secure independently, first hand, reliable data on the sighting. It was revealed by Paul Cerny that two Air Force majors had interviewed Captain Wilson's crew soon after they had landed, but interestingly enough, the usual attempts by Air Force authorities to debunk such UFO sightings have been plainly lacking on this occasion.

Surely the combined evidences, testimonies as to the reality of this occurrence by six experienced air line crews, combined with the detailed checking and verification of facts by qualified NICAP personnel would have made debunking claims of Air Force authorities seem absurd. Thus here we witness an embarrassing silence on the part of the would be debunkers, whoever they might be, who seem to determine what Air Force personnel must say on such occasions.