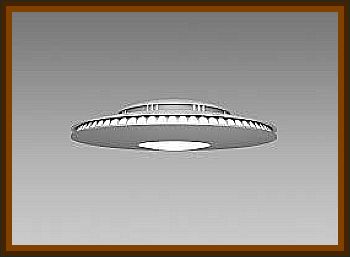 USAF pilot Captain Paul R. Stoney, on the ground at Pacific Command Headquarters, saw a flat white, elliptical object about the size of a T-6 aircraft, circle at about 3,000' while oscillating to the right and left.

It was apparently several miles off the base and slowly circling. It was a disk, bright white on the underside and darker on top and possessed no other structures. It proceeded for 15 minutes to make rhythmical undulation maneuvers in a cyclical manner.

The object seemed to maneuver under control at all times, completing 360º turns and 90º turns. It then departed climbing into the northeaast at accelerated speed out of sight.

The observer received rave compliments for his level headedness and integrity from the base’s investigating officer.

Project Grudge asked that the captain fill out a form, asked no more questions, and filed it. Even J. Allen Hynek, in the thick of his orientation towards trying to debunk every sighting possible, felt that this was a rare case wherein the witness had really seen a flying disk.

Trying to find something negative to say about this, months later in the Grudge report, the Grudge analyst at that time groused that the witness should have observed a greater amount of detail.