UFO Seen Off Road In Texas 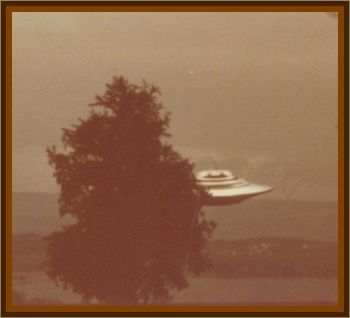 The craft started moving towards the west, they were driving west. She said that she and her husband had stopped the car, but became very frightened and felt an eerie sensation. Her husband then rapidly sped away to retreat from the craft's position. Shortly thereafter

Jane said that she could see a face in the sky that looked kind of like a skeleton. She added that she didn't think that the craft was an oil well. Apparently at that time there were oil wells in that particular area of Texas.

After nearly 60 years she has never forgot about the experience.