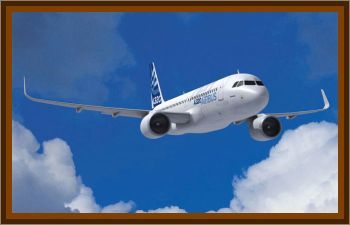 A UFO that narrowly avoided colliding with a passenger jet flying from London's Heathrow Airport has baffled aviation experts.

The metallic grey colored object was spotted by the pilots of an Oslo bound McDonnell Douglas MD81 plane on 12 June 1998, and passed just 100' from them. The captain said the object was the size of a small aircraft, while the co-pilot described it as a "bright light, very close".

Reporting to an air traffic controller, the captain said "a flare or something passed 20' from our aircraft", but nothing had been recorded on the radar screen.

The pilot later filed a near-miss report, known as an airprox, in which he said the object looked similar to a fighter.

But a report by the Civil Aviation Authority found no explanation for the incident, which has also confounded local military experts and local police.

"Air traffic controllers were certain that even a very small aircraft would have been detected, particularly on Heathrow radar," said the report.

Although the evidence of the unnamed airline's crew is considered to be reliable, the report notes that they only caught a brief glimpse of the object.

The incident was included in a Civil Aviation Authority report, which found that dangerous aircraft near misses fell to an all time low last year.

It is the first report to include airprox incidents filed by both pilots and air traffic controllers. The number of near misses involving public transport flights per 100,000 flying hours in 1998 was 1.20, compared with 2.37 in 1997 and 2.87 in 1996. 75% of those misses were judged as having no actual risk of collision.

"The figures speak for themselves, and show that more flying does not automatically mean more risk as a consequence," said the director of the UK Airprox Board.

But he warned against complacency. "This report is aimed squarely at all pilots and air traffic controllers and I would encourage them to read about the incidents. One of the most serious incidents listed involved two passenger jets, which avoided collision only by chance after a mistake by an overworked air traffic controller. The incident happened near London's Stansted Airport on August 14, 1998, and involved a Stansted-to-Cork Ryanair Boeing 737 and a Dublin-to-Stansted Aer Lingus BAe 146.

Even when a collision alert flashed up, the controller was unsure what was happening and gave no instructions to the planes to take avoiding action.