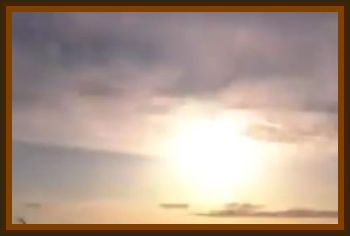 Corroboration of 1963 sighting in Goodwin, SD.

I can corroborate certain elements of the UFO sighting which occurred in Goodwin, South Dakota. I lived in Hazel, SD, at that time.

About 35 miles east/southeast of Goodwin. I was living with my grandmother, my father, and mother and we were all watching TV in our living room. I was 9 years old at the time and sitting much too close to the TV, as kids do, when my parents and grandmother jumped out of their seats and bolted to the window as fast as their feet would carry them and exclaiming:

They were nearly in shock, very shaken by what they had seen.

Unfortunately I was sitting so close to the TV that I saw nothing, the window was behind me and I was inches away from the TV screen, but there was no doubt as to what my parents and grandmother had witnessed.

There was no way to tell which direction the object, or whatever it was, was coming from or which direction it was headed. It could have been going in any direction as far as we knew, or no direction at all. It was just a blindingly bright white light that made it look like daylight outside for a very brief moment.

But if you draw a straight line from Goodwin to Hazel and follow that line another 5 miles to the east/southeast, you end up just south of Naples, SD and that was where my Uncle & Aunt and 5 cousins lived on a farmstead. They all saw the bright light too.

My Dad called them and they said they had seen it too and they were just as shaken as he was.

Immediately after the incident, we had all gone outside to see if we could see anything, but there was nothing, no sign of it at all.

There was no sound of any kind. No sonic boom, no vapor trail, no engine noise. Nothing.

We were completely baffled by the phenomenon and I remain so to this day. I am of course disappointed that I was sitting so close to the TV that night, otherwise I might have seen the bright light myself. But let there be no doubt that this light was witnessed by the people I have mentioned. And there's no way they would fake something like that. I remember very clearly how shaken they all were. It was an OMG moment. You don't forget stuff like that.

If that object was traveling along the straight line trajectory I have mentioned, it would have had to have been going many thousands of miles per hour for it to only be visible for that brief amount of time. That's about all the information I can provide.

I didn't see any space aliens, but there was something going on there that I can't explain. I will remember that night as long as I live. It happened.