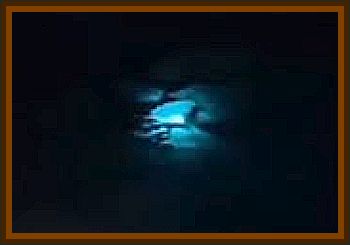 Residents of Hawaii were bewildered when they spotted a glowing blue blob streaking across the night sky and crashing into the waters by Oahu, Hawaii.

According to reports, the so called UFO was sighted on December 29.

Soon, multiple videos started circulating on social media with claims that the blue flying object was a UFO.

Shaky and blurry footage of the blue light, with an eerie music in the background, was posted by many on YouTube and Twitter on January 4.

Some social media users even resorted to demystifying the strange monolith appearances in the recent past, saying

They, these UFOs, bringing our monolith.

According to another report, the mystery around the UFO has raised speculations about aliens and crashed aircraft. A person on Twitter even wondered whether it was an LED kite.

I started calling my husband and them because they were all in the garage. I was like hey. Come look up there. See if you see what I see.

They all said yea, Hawaii News Now quoted one of a woman as recalling the incident.

Many even reported the sighting to 911, which led the Federal Aviation Administration, FAA, to investigate it, a report said.

However, FAA officials said that there weren't any aircraft incidents or accidents reported in that area when the UFO sped by at around 8:30 p.m. local time, Hawaii News Now was quoted as reporting.

An unidentified flying object has earlier parachuted into dense Congo jungle to the confusion of local authorities, who detained 2 people for questioning until a subsidiary of Google parent company Alphabet confirmed the device was an internet balloon.

Images shared on social media showed people inspecting a large silver colored contraption fitted with solar panels and wires, which had landed in the tropical forest of Bas-Uele province in the northern Democratic Republic of Congo, trailing a large deflated balloon.

In another incident, recalling the time when he was aboard the International Space Station, ISS, during his 186 day trip to space in 2015, astronaut Tim Peake said that he once saw 3 lights moving in formation, before they were joined by a fourth, the Independent reported.

We were perplexed until we realised that what we thought were the far away lights of alien spaceships were actually very close small droplets, the report quoted Tim Peake as speaking at The Graham Norton Show.

What was happening was liquid leaking out of a Russian probe vehicle, crystallising instantly and reflecting the light. What we were seeing was Russian urine, Peake said.