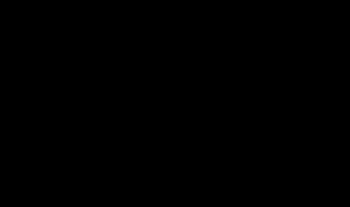 On August 10, 1809, English astronomer John Staveley submitted an account of something strange that he'd witnessed in the night sky above Hatton Garden to The Journal of Natural History And Philosophy And Chemistry.

I saw many meteors moving around the edge of a black cloud from which lightnings flashed. They were like dazzling specks of light, dancing and traipsing thro' the clouds. One of them increased in size until it became of the brilliance and magnitude of Venus, on a clear evening. But I could see no body in the light.

It moved with great rapidity, and pasted on the edge of the cloud. Then it became stationary, dimmed its splendor, and vanished. I saw these strange lights for minutes, not seconds. For at least an hour, these lights, so strange, played in and out of the black cloud. No lightning came from the clouds where these lights were playing. As the meteors increased in size, they seemed to descend.

The fact that Staveley was an astronomer and the fact that he submitted his report to such an established and respected journal of the times grant at least some credibility to the sighting.