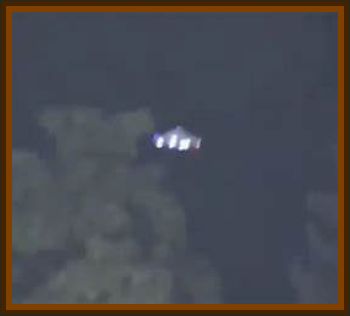 At 5:20 a.m. I stopped at Conway Hotel and had a cup of coffee. I then left the hotel coming down Second Avenue to 11th Street and made a left turn on 11th Street preceded up the hill.

I looked to my right and saw a shining object. I thought it was a reflection off of a plane.

I got to Mickey’s Lounge on the top of the hill and I looked back and it wasn’t moving, so I turned the police car around and came back down 11th Street and went to Adamowski Service Station on 10th Street and Route 65.

I then got out of the police car and looked at the object again. I rubbed my eyes 3 or 4 times but didn’t say anything to anyone for the time being. I saw 2 other patrol cars pull up and the officers got out of the car and asked me if I saw it.

I replied saw what? They pointed to the object and I told them I had been watching it for the last 10 minutes.

The object was the shape of a half of football, was very bright and about 25' to 35' in diameter. The object then moved out towards Harmony Township approximately a 1,000' high, then it stopped then went straight up real fast to about 3,500'.

I then called the base station told the radio operator to notify the Pittsburgh airport. He asked me if I was sick. I told him if I was sick so were the other 3 patrolmen. The operator got the airport on the line and told them what happened, he told them to hold the line and in the meantime we kept watching the object and at that time a passenger plane passed to the left about 1,000 feet below the object.

We relayed the message to the operator and he relayed it to the airport. The object continued to go upward until it got as small as a ballpoint pen. Then we received a message to make a phone call.