UFO Hovers Above The Water 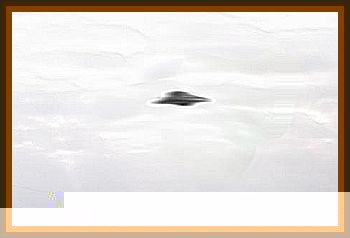 Three civilian Harmon AFB Water Transportation Section employees, John Kaeel, Fred Messervery & John Smith, in a boat about 2 miles south of Indian Head, saw a black or dark round object the shape of a barrel resembling a large balloon located about 3 miles southwest of Indian Head, about 1 mile to 1.5 miles offshore, apparently about 2 miles to the west of the observers.

The object was hovering just above the water and after a few minutes began to slowly ascend to about 15' to 20' above water, then descended again to just above water, in about a 40 to 60 second cycle each time which occurred 3 times.

On the last cycle the object remained near the surface about 3 or 4 minutes when it ascended vertically until disappearance at 1:50 p.m. Helicopter search at 4:20 p.m. negative.

Fifteen mins earler, at 1:15 a.m. at Harmon AFB, an object was picked up on the GCA scope travelling at an estimated 40 mph to 60 mph at an estimated 4,000' to 6,000' on a course of 120º. Shortly after the Sandy Point incident and south of Kippens, Newfoundland, men fishing in a dory boat about 1½ miles offshore from Kippens, saw a black or yellowish/brown object thought to be a submarine, the size of a dory, about 20' about 1½ to 2 miles away to the south, about 3 miles offshore about 15' to 20' above the water. There were other incidents later in the morning.