I Wasn't Supposed To See What I Saw 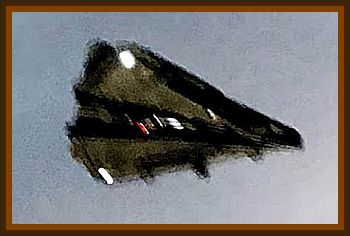 I was in the United States Marine Corps, stationed at Camp Hansen on Okinawa, Japan. The day was sunny with white cumulus clouds in the sky.

As I was walking along the base alone I noticed a shadow pass over me. I looked up expecting to see a cloud. Instead there was this large black triangular craft silently moving overhead very slowly. It wasn't very high above the trees and I looked for identifiable markings but saw none.

I was familiar with most military aircraft but couldn't identify it so I thought maybe it was the SR 71 Blackbird which was still relatively secret. My thought then was it couldn't be the Blackbird because it was as big as a B-52 and completely silent.

As I watched, it ascended straight up without pointing the nose of the aircraft up and disappeared in the clouds in an instant without any noise. I've seen many aircraft flying at top speed including the F-4 Phantom during combat in Vietnam and this craft was much, much faster than any other.

I didn't report it because I had about 2 weeks left on my tour before going home and I thought I had just witnessed something I wasn't supposed to see. I didn't want anything to delay my departure so I kept silent.