What Was UFO Over Hanoi? 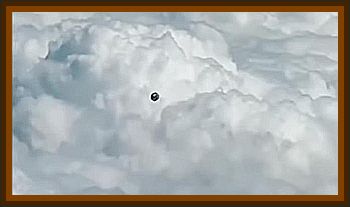 Another incident involving the NVA was reported in the State Journal in Lansing, Michigan on Sept. 29, 1972, in a piece entitled What Was UFO Over Hanoi?

The report claimed that a huge, luminous orange spherical UFO had appeared at a high altitude above Hanoi on a clear day, and then hovered in a stationary position. North Vietnamese air defenses had then almost immediately fired upon it with three consecutive surface to air missiles, but these were either unable to reach it or unable to harm it, although after the missiles were fired it was reported that the UFO diminished somewhat in intensity, becoming less bright than it had been before.

Nevertheless it reportedly continued to hover over the city for a full one hour and 20 minutes before leaving. In a similar incident reported by the Russian publication Aura-Z, another UFO was supposedly seen over Hanoi and was also fired upon by missiles, which apparently did hit it but had no effect.

In this case, the UFO is claimed to have fired a fine, needle-like, light blue ray at the defense batteries, completely destroying them and allegedly killing around 200 personnel in the process. This particular, no doubt spectacular report has been suspected of being a hoax, but it is intriguing nonetheless.