During an Ice Storm I Encountered a UFO 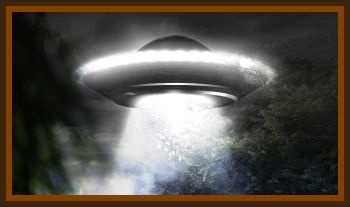 I saw them on 2 different occasions exactly 1 week apart at approximately 5:30 p.m.

The first one was 15 miles away from the second one. The first one was approximately the size of a medcine ball, the second was different. It was shaped like a set of bar bells, 15" spheres separated by a 12" bar of glowing light. The light was a golden glow like the filament of light bulbs.

Had my car windows been open I could have reached out and touched either of them, therefore, they had to be within 2" of my face.

Both objects glowed like the filament of a light bulb. Both were silent. The first or perhaps both of them were highly energized. The first one occurred during an ice storm.

My boss sent me home from work early due to the weather. I was a bit out of Coates, MN southbound on highways 52 & 56 when I noticed this large ball of light drifting across the field towards me.

Due to the foul weather I was only driving 15 or 20 miles per hour, the UFO I would guess was going about the same speed. The road was very icy and I couldn't stop. It was so icy the car was sheathed in a coat of ice balloflight" or more thick. The ice hadn't even melted directly over the center of the engine after having traveled about 15 miles from my work place.

The ball came across the field, into the ditch and up onto the road. I thought it was some form of ball lightening though I had never seen that phenomena previously.

It came across the shoulder and onto the pavement. I couldn't stop because of icy road conditions. Also, I thought I'm in a car with 4 good rubber tires under me and as soon as this lightening touched the car it would dissipate.

During it's transit, the car engine cut out cold. I don't recall if I had to restart it as the car did keep moving, I may have turned the key again to start it.

Where it had come across the hood the metal was instantly dry. The right side of the hood was still encased in ice. The edge of the cut was smooth as if cut by a knife.

The rest of the ice remained on the car for several hours after I arrived home, my husband commented on the dry section and remaining ice when he saw the car.

Precisely one week later, same time of day, 15 miles south of the first encounter and on my own street, ½ mile east of my home, another UFO appeared. This was the one shaped like 2 basketballs with a bar between them. This one circled the car twice as if pearing in on me and checking me out.

Why, I don't know, but 9 months later I gave birth to my only child.

The car was a 1952 Chevy in almost new condition. The contact melted the component where all the wires and distribution system for the electrical system was. The annoyance from all electrical components malfunctioning repeatedly after that got to be too frustrating for us and we got another car.

2 men in black did come to my door following this incident. I didn't want to get involved with them and I told them I thought it was incidents related to ball lightening.

However, I have lived a lot of years since and have never met with the same phenomena since.

Unbeknownest to me, I had serious birth defects in my reproductive system. When the doctors finally found them and removed my uterus; they were amazed that I had been able to have a child at all.

When this boy and I were younger we both could change traffic lights at will, switching the lights from red to green.

Since then there have been changes made in traffic control technology and that is no longer possible.