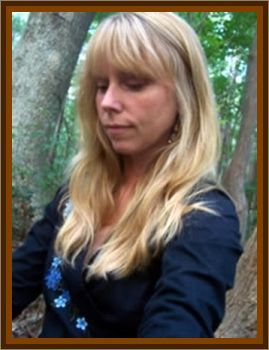 I had an experience with some creatures I called blue robots, They were living, sentient beings, wearing blue overalls even, but their movements were robotic in nature, and I was under the impression they were acting under orders, doing what they had been told by someone else. I went along with what they wished, knowing what was expected of me without the use of speech. I had total freedom of movement. I was inside a circular metal room, about 20' in diameter, aboard what seemed to be a space ship. I stood still and watched while the little blue robots swarmed all around me, only as tall as my waist. There were approximately 6 beings in my immediate vicinity and others running errands in other parts of the room. They were communicating with one another and very busily running back and forth, doing their work, which somehow involved me.

I knew they wanted to operate on me, and even though I couldn't be sure, I assumed it would be an easy, outpatient type of procedure. I had picked up this bit of information by listening and observing. I remained calm and patient, more curious than afraid. I had been standing in what was an information area, there were no seats or operating tables in this section of the room, so when they were finished with that information gathering part of their work, they escorted me to a place on the opposite side of the room. There was a circular indention in the floor, about 6" deep. They asked me to step down into it and stand there. 2 of them helped me step down and turn so I was facing a wall. I had free movement of my body, they were just leading me. I asked them why I needed an operation and the response was that I had pain and they needed to fix it, this is a typical response that I have heard over and over again, and it is obviously not the whole truth.

I was staring at what looked to me like the back of a television set, which they had asked me to keep my eyes on. At that point, things became confusing to me, my head became dizzy and my vision was out of focus. What I saw was a tool that was drilling into the back of the supposed television set. There was a loud BANG and a flash of light, and the operation was over. I then realized that the hole being drilled was not into the back of a television set, but into the back of my head. Within the week, I had developed a lump in the same location on the back of my head. I went to a local doctor, a general practitioner, who said I had a cyst that could be removed with surgery, or I could just let it sit there and, if it bothered me, he could prescribe pain medication. I let the cyst sit there for about 15 years, in 2003, I had a doctor remove it. It appeared to be a mass of fatty tissue, what a benign, sebaceous cyst would normally look like.

My name is Bonnie Jean Hamilton, I am a life-long contactee. I have known the star people since I was a baby. I think they are multidimensional beings, they aren't just from other planets, they are sharing the same time and space we humans are, but existing on a different vibrational frequency than us. The fact that they may be from other planets is kind of irrelevant when you consider how important it is that we can be in constant, close contact with the star people just by opening up to their energy vibrations.

I attended what you might call the star people school, when I was about 19 to 23 years old. For years, they taught me how to manipulate energy in this reality and in other dimensional spaces where consciousness exists. I call it the alternate reality. It was sometimes scary, and it was always challenging. They taught me how to defend myself against negative alien entities and government psychic attackers. Most of all, they taught me more about my connection to all beings in this limitless multiverse we live in. I recorded my experiences for about 20 years and then I wrote a book. I believe one of the most important things I could tell anyone is about our connection to each other.

All the people on this Earth, no matter what culture or lifestyle, share the same fate. People with money and people with no money, share the same fate. Do you think you are separate from someone who is completely different than you, someone who has a different belief system? You are not. You are the same inside, you have a Spirit that is connected to all Spirits. We are not separate from each other, we are One. The people you meet are little pieces of yourself, and you are a little piece of them. Together, we are God.

Whether you consider yourself a religious person or a spiritual person does not matter, you're part of it and there's no way out. So, if you want to meet a star person, open your heart and mind and speak aloud to them. If you go into a dark, quiet place, it will help you concentrate. Make sure you have good intentions you sure don't want to call any negative beings over for a visit. And always be careful what you ask for, because you may very well get it.