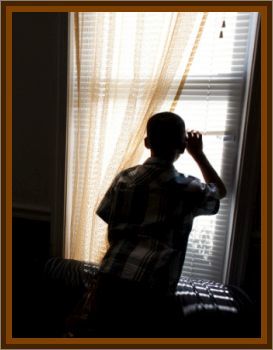 On the Emmanuel Rotenberger farm near Gwinner, North Dakota, landing impressions which closely resembled those seen in othe trace cases, were found in a plowed field. At 7:30 a.m., eleven year old Randy Rotenberger ran excitedly into the house and told his mother that a strange object had landed in the field.

Mrs. Rotenberger told him to lock the door and stay inside, which he did, but he watched through the window and made these observations:

The object appeared to be metallic and shaped like two bowls fastened together, lip to lip.

Two red lights and a green one were arranged along the joining.

It sat on three legs which ended in feet or gear which were circular and looked like bowls with the rounded part down.

The legs jutted downward and slightly outward, giving the boy the impression of the legs of a camera tripod.

There was what appeared to be a transparent bubble on the top of the object.

No forms or movement could be observed inside.

Randy thought the object was perhaps 8' to 10' high at its thickest portion, and about one and a half times as wide as a Cadillac is long, or about 35' in diameter.

After sitting on the ground for about one minute, the object took off. There was a blue glow on the bottom, and it made a roar followed by a buzzing sound.

Randy called his mother again just before the object left, and she heard the noise which accompanied its departure.

This incident was investigated by General Homer Goebel, State Air National Guard Commander at Fargo, and Assistant State Adjutant General for Air. Goebel inspected the site of the landing and found three impressions in the soft earth. Each was 1' in diameter, round in shape, tapering down to a rounded base. They formed a triangular pattern with sides 26', 23' and 22' apart, and they gave the impression of indentations made by pressing three bowls into the ground.

They look pressed, not dug, I’d hate to call it a hoax because the boy sounded as if he was quite sincere.

When interviewed by telephone, Randy Rotenberger was cooperative, but not overly talkative, and positive of what he saw; he readily admitted he had been frightened.