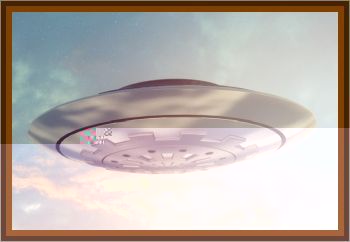 My family lived 6 miles southeast of Guernsey, my father was transferred there in 1963. Although I'm not sure of the exact date, 1964 or 1965, my brother and one of his friends were wrestling in our front yard. I was about 6 or 7 years old and my brother and his friend would have been 9 or 10.

I walked around the corner of our house to where they were wrestling on the lawn. They stopped wrestling and stood straight up. At the same time all three of us looked directly above us. There, hovering, was a large, round, silver object directly above us. It was low enough that I could make out what looked like dimples in the skin of the object, almost like hammered metal.

Since it was right above us, I don't know whether it was a sphere, or whether we were just looking at the bottom side of a saucer shaped object.

My entire family loves airplanes and anything to do with space. My parents used to wake us in the middle of the night when important things were happening with Mercury/Gemini/Apollo, and were being televised. I knew that what we saw that day was very strange. At the time I don't know whether we had ever heard the term UFO, but have realized in my adult life what we saw. In the following years my father also saw very strange objects on two different occasions.