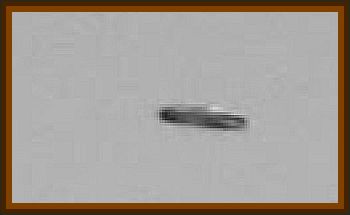 Geologist/salesman John Townsend Sackett was riding in a bus with about a dozen passengers when he observed a brilliant greenish/gold object, shaped like the Goodyear blimp with length/height ratio 2:1. It was later described as being about twice the size of a DC-3.

The object was traveling at about 400 mph straight and level in a northwesterly direction at about 6,500'. He reported that it almost stopped flight, then rose vertically about 1,500', hovered for about 2 seconds, then immediately resumed flight at new altitude.

Object lost to view because of intervening terrain.

The Blue Book documents mention the object was sighted near the volcano, Fuego. Documents also mention another witness on the bus, a woman, who says she saw the gold thing for 4 or 5 seconds.