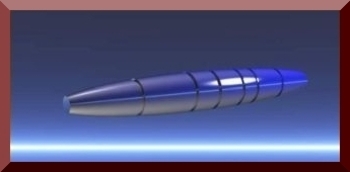 Cigar shaped metallic craft with rotating reddish and blue green lights sighted during early morning hours while viewing stars with a new telescope we received for Christmas in 1972. I was 15 years old at the time. My two younger brothers and I were viewing stars with a new telescope we had received as a Christmas gift a month before. My mother worked late at night ,as she was divorced, and was due to return home soon. We were up on the roof and decided to go back in the house so as not to be caught out so late at night. We packed up our equipment and started heading down when we were startled by a very large cigar shaped metallic craft hovering about 300' away from us.

The craft appeared to be cigar shaped but could have been a disk seen side ways. The craft looked like it was made of unpainted metal with no markings of any kind. It actually looked like a medium sized submarine hovering in the sky with no wings, fins or propellers. It had reddish and blue green lights that went on and off in rotating motion.

What startled us most about it is that it was completely silent, made no noise except for a faint metalic clanging noise. My youngest brother began to cry. It moved along slowly at about 3-5 miles per hour for several minutes and then shot straight up into space and disappeared in a split second (Speed was definitely more than 100 miles per hour.

I remembered looking at my watch and it was 2:30 a.m. when we first sighted the object. The event seemed to last only 3-5 minutes, but when it was over, I looked at my watch again and it was 4:00 a.m.

To this day I’m not sure whether we experienced lost time or whether the object caused my watch to move ahead. Every night after that, we ventured back up on the roof of our house to try to see the object again. On the second night after that, which would be the 12th, as we were climbing the house to the roof top, we saw two V-formations of about 6 or 7 objects in each formation shoot from horizon to horizon in what can only be described as a blink of an eye. They were traveling at such a tremendous speed we could not make out their shape or exact number. We alll cried out, Wow!! Did you see that??!!

These sightings were never! reported because we felt no one would believe a bunch of kids. I am 41 years old now, but have never seen another UFO since that time.