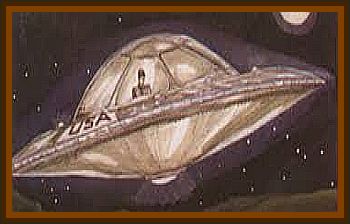 Observation from 612 Starling Street at late dusk or early night, approximately due west or west south west. Their elevations were approximately 30º to 40º above the horizon. I do not recall clouds in the vicinity.

One of the 5 objects was larger than the rest. I recall that the objects appeared white and having an intensity that you could continuously observe without having to shift your gaze. They did not appear shiny like looking directly into the beam of a flashlight, automobile headlight or an aircraft landing light.

The diameter of each of these objects was maybe 2º- 3º of arch and and entire formation traversed not more than 15º.

They appeared and disappeared several times over approximately 5 minutes. Appearance and disappearance were much longer cycles than pulsation.

My family and I learned later that several calls to the local police and the newspaper were made concerning this event.