Point Of Light Travelling Across The Sky 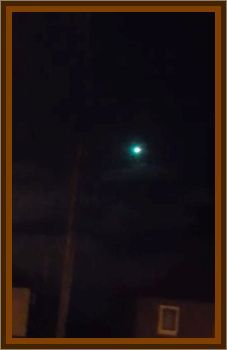 Years ago in 1967, I was a boarder at Gormanston College, County Meath, Ireland.

We slept in a long dormitory which had 4 rows of cubicles, my cubicle faced a window which faced due South, more or less.

For a period of about a month in 1967, possibly April/May, every night after lights out, 10:00 p.m., I witnessed an unusual phenomenon in the night sky through the window.

An object, a point of light like a satellite, was moving steadily through the stars, but not in a straight line as a normal orbiting satellite would describe.

The time it took to traverse my limited field of vision was mo more than 30 seconds so it struck me that the object would have been moving at great velocity but it came to a dead stop, just for a moment, each time before changing direction.

I now live in South Africa, I have seen many satellites in the night skies since 1967 but never have I seen one that behaved in this manner.

There may be a completely rational explanation, but I do not believe that the technology existed on earth to perform these types of manoeuvres at the time. Certainly, the forces required to stop and change direction like that would not be tolerable for a human being.

I have often wondered what it was that I saw. Perhaps someone else has seen something similar or knows what it was?