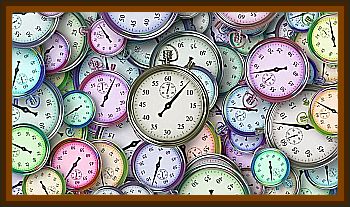 Respected local artisan, Alberto Gordoni was walking in the castle’s yard when he suddenly disappeared in plain sight, before the eyes of his stunned wife and other witnesses, including the Duke of Zenini and other fellow countrymen.

The stunned witnesses immediately dug around the area but failed to find any tract of Gordoni or hollow pits where he could had fallen into. 22-years later Gordoni appeared back at the very place where he had disappeared in the dominion’s yard.

Alberto himself claimed that he had not disappeared at all, so he was then immediately taken to a rest home for the feeble minded. 7 years later the doctor, Father Mario spoke with Alberto there. He understood that somehow Alberto felt that a short time had only elapsed between his disappearance and appearance.

Alberto told Father Mario that on that fateful day he had found himself in something like a tunnel and walked along the tunnel toward a vague white light.

He did not see any familiar objects there only weird mechanisms totally unknown and unrecognizable to him. Alberto then saw something that looked like a large canvas all covered with stars and dots which seemed to pulsate independently. There he also encountered a tall thin human like figure with long hair, probably a female. The entity told him that he had fallen into a cleft, fissure, crack of time and space, and it will be very difficult to deliver him back.

While Alberto waited for his return, begging the strange entity to send him back, Alberto was told about holes opening up in the darkness and about white drops and thoughts that move with the speed of light. She also told him about souls without flesh and body and bodies without souls, about flying cities, where eternally young entities dwell.

Doctor Mario was convinced by the witness story, realizing that Alberto had not lied. So he took Alberto back to Takoni, to the location where it had occurred. Incredibly, Alberto took one step at the location and again disappeared in plain sight, this time forever. He was never found. Father Mario crossed himself and ordered the location fenced in calling it The Trap of the Devil.

Apparently within that trap time and space flowed at a very much slower pace that than on Earth or in our dimension.