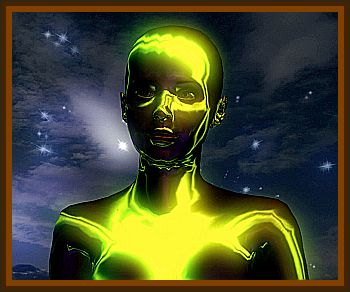 My family was driving home on county highway 312 traveling north in a 1950 two door Hudson. A bright light flew over the car. It landed in front of the car on the highway. The car immediately stopped running and the headlights went out.

My father immediately became angry, and being a WWII vet, he said:

I will see what they want, and angrily left the car and charged over to the light.

A few minutes later he came back and in a subdued tone said to my Mother:

No way, they are bullies.

I suspect my Mother may have had contact with Aliens before. My Father made no effort to stop them from taking her, so I suspect they had him under mind control. Father was tough and had been a fighter when young.

A few seconds later the aliens opened her car door and pulled her out, she gave no resistance and she and my baby sister were taken to the craft. Before she left she told me and my two sisters to hide on the floor of the car and maybe they won't see us.

A few minutes later and the aliens opened the door again and reached into the back seat and lifted me and my two sisters out like we were nothing. I remember screaming no but they were strong. I was 6 years old at the time. All I saw was there long arms.

Then I blacked out.

The next thing I remembered, I was back in the car. The lights came back on the car. But the battery was too low to turn the engine over. Dad turned the lights off and we waited half an hour for the battery to regain some power and then the engine started.

I asked my Dad where the aliens went. He said to never say anything or people will think you are crazy. I never saw the shape of the craft. It was just a bright light. When it flew over us it made a buzzing noise.

My sisters totally blocked the memory of the event.

Also one of the my sisters is dead now and the other one old enough to remember won't talk.

I only am reporting this now because I probably am not going to be alive much longer. It is something I want to get out and recorded before I die.