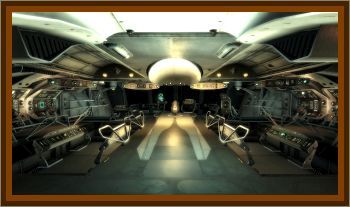 Godoi left the Santo Amaro streetcar terminal and started to walk home. The area was deserted at that hour, and when he arrived at the corner of Andaguara Street, he was startled to see a large object landed in an empty lot between two houses. It was glowing, a circular object about 90' to 120' in diameter and surrounded by a strange reddish/blue or violet glow.

Curious about it, Godoi decided to investigate and approached it. He soon realized that it was much larger than he had initially thought it to be, and hesitated for a moment, a little frightened. The object was like nothing he had ever seen before and he thought he should go to the police or some authority and report it. He felt like running but seemed to be rooted to the ground. Godoi tried to call for help but no sound would come from his mouth.

It seemed he was in the grip of some strange feeling that persisted for a time but which finally left him. When the feeling left, it was replaced by great curiosity and from his position about 60' from the object he approached it.

Godoi noticed an open sliding door at one side and entered the ship. He didn’t recall afterward if he used a staircase or not but he was in a large, circular room illuminated by a soft light. He saw no lamps. There was no one in sight and the craft seemed to be deserted.

At the center was an odd shaped table and on it were charts and maps. One of these especially attracted Godoi, for it was a map of the South American continent and it had a glowing or phosphorescent quality.

He noticed certain symbols and took a closer look. The marks were mushroom shaped and were seemingly scattered about the map in a random manner.

Godoi had just finished scrutinizing the map when he looked up and froze where he stood. Facing him were three persons. They seemed quite normal except that they were small, less than 5' in height. They had dark brown skin, black, very short hair, and were dressed in a one piece garment like an overall which was light gray in color. He saw no buttons, zippers, or the like. Each wore a belt around his waist which appeared to support an object which Godoi thought might be a gun.

The beings made no move toward Godoi, but stood in silent appraisal, occasionally conversing among themselves in a completely, to him anyway, strange language. He noticed that the K sound was repeated quite often at the beginning of words more often than any other sound.

By now, Godoi’s fear had returned and he started back at the trio, paralyzed with fright. He tried to talk to them, to tell them he meant no harm, but they were expressionless and just seemed to look him over intently.

Godoi suddenly became aware that, completely against his will, he was backing out of the craft, literally dragging his feet, one after the other, his attention riveted to the men. They made no attempt to stop him. When he reached the door, he jumped to the ground and started to run away. When about 30' from the craft, he turned his head. The object was by then hovering about 30' above the ground, having at the center bottom a screw without end, Godoi’s exact words.

The craft started to move and climbed up silently at high speed with an eerie bluish-red or violet glow at the periphery.