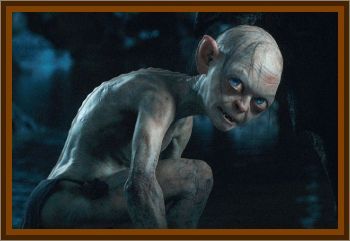 Joe and I and the two children were on our way to California on vacation. It was the night of the 9th, about midnight, when we were about fifteen minutes east of Globe, AZ, heading west. Joe was asleep beside me and the kids were fast asleep in the back seat of the car. I was driving through the hills through which the road winds and dips. The Cadillac was performing beautifully and I kept a steady speed of about 65 miles per hour.

At about 12:05 a.m., I began pulling around a right hand turn and when I straightened out, the car headlights hit a small figure about 100 yards ahead on the right edge of the highway. It was facing to my left about to cross the road, it seemed. My immediate reaction was to let up on the accelerator, and the heavy car slowed immediately as we were on an upgrade. Simultaneously, the figure turned so that it was facing me, then turned again, and ran off into the wash out of range of my lights and off the road.

The second I saw that thing, my heart came up in my mouth and my stomach turned a flip flop.

When I got back my wits a few seconds later, I called out to Joe and tramped on the accelerator. He didn't respond right away, so I jostled him and he sat bolt upright. Then I told him what I had seen, the little figure, no more than twice the height of the posts which held the metallic reflecting road guard about 3' tall, small, broad shouldered, with long arms, dark in color, and it had a head shaped like a somewhat flattened sphere, quite like a pumpkin. In this head were two yellowish orange glowing eyes.

I recalled that when it was in side view, there was light extending beyond the limits of the face. I saw no nose, or mouth or ears. The body was not as well defined as the head, suggesting hair or fur. When Joe finally got the gist of what I was telling him, he told me to stop and we would go back. I told him that if he wanted to go back, we would go to Miami. He could drop us off, then go back by himself, but neither my children nor I were going back there, on that lonely, dark road. By then, I had pushed the Cad to 85 miles an hour, in a hurry to see lights and people again. He didn't insist so we kept on, stopped in Miami, then continued our trip.