UFO Gleans Water From A Military Base 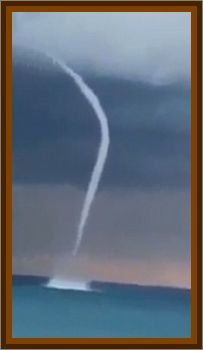 After the author had learned of this event, He decided to go to the base to carry out investigations.

Ten days had elapsed. He invited two researcher friends: Ariel & Fabian (pseudonyms), to come along. They grabbed their gear and went out to conduct field research, which is unquestionably the most pleasant and interesting aspect, regarding the origin of the event.

Upon arrival, we were greeted by two soldiers. We told them that we were researchers of the subject and wanted to carry out some studies. They whisked us off to a superior officer, to whom we had to explain matters in greater depth, why we were doing it and what we would do with our conclusions. Permission was granted.

It was later explained that the soldiers themselves led them to the impression, located in the remotest area of the base, which covers six blocks.

They started by looking at the imprint and other facilities, such as sheds, the water tank, trees, wires and the cistern, which supplies water and has a depth of 50' and a diameter of 8', The first clue emerges here. According to the story that Sgt. Carlos Villano told the researchers, the cistern was practically drained the night of the event. The officer also stated that the morning following the event, the principal of the primary school that operates on the base’s premises called him to report a lack of water in the school’s rest rooms. I was sent to the cistern to see what was going on, thinking that the fuses had blown, but they were fine, said the officer. At the same time, he found that the cistern and tank were both out of water, while noticing the circular impression for the first time.