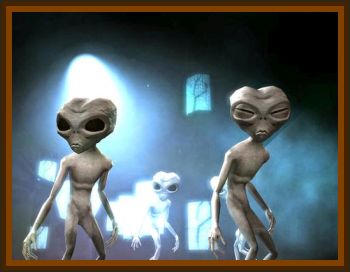 I am writing because I had what I consider to be a visitation when I was about 3 or 4 years old.

It is something I have thought about often over the years and have many unanswered questions. Over the course of my adult life these questions have led me to do much research into the subject of UFOs and ETs. I continue to read about the subject extensively and have watched many shows regarding this phenomena.

Like most who have had an disappeared I have struggled with whether to speak to others about it. I have only shared my story with a handful of close friends and family members, all who just think I’m weird. I have not had hypnotic regression or sought professional means to more clearly recall what transpired that night. This is my first attempt at reaching out to a larger community of folks who are not only inclined to believe my story, but who can possibly provide information or advice.

Please understand that though I have little doubt that my experience was in fact real, I still worry about my professional reputation. And so I have remained silent.

My story begins when I was 3 or 4 years old. I am currently 36, so I estimate the time frame to be sometime during 1983 or 1984. I have also asked my mother detailed questions about the apartment we were living in at the time. This helped me to confirm the time frame of 1983 to 1984. I have always had a very vivid long term memory and can still remember conversations from when I was 3 very clearly, details of where we lived, and people that came around.

On the night in question I recall waking up in the middle of the night and looking up at the ceiling. I shared a room with my older brother and we slept in bunk beds, I had the bottom bunk. As I lay there I realized that everyone else must be asleep.

Looking to the right side of the bed, at the ceiling I received a mental image of the ceiling dissolving and giving way to a starry night sky. I then saw the image of what looked like a pizza, remember I was only 3 or 4 so I didn’t have many reference points to compare the image to other than food items, floating down over the hole where the ceiling had been.

The pizza, disk shaped object, stopped descending and hovered blocking out the starry sky image. I was then suddenly no longer alone in the room.

I wasn’t afraid and was excited that someone was there since everyone in my family was asleep. I looked them over curiously while sitting straight up in my bed. Not knowing what to make of them, I asked them out loud who they were and why they were in my room. Without answering verbally, one of them telepathically said to me:

We are the Gogos.

I can’t remember what else was said but as I recall they did say a few other things. They were short like Grays are often described but they were all wearing uniforms of some sort. Where a shirt pocket might appear on a dress shirt, they each had 3 or 4 colored buttons. I say buttons because as a child I had no better description. The buttons looked like they could be pressed. Out of curiosity I reached out and poked one of the Gogos colorful buttons much to his/her dislike.

Without warning and without being able to understand why, I could feel that they were very upset with this unsolicited physical contact on my part. The being reacted swiftly by swinging it’s arm towards my face. It’s arm never made contact with my face but I recall being knocked over into my pillows as if I’d been struck.

I was totally surprised by this and could tell they were quite offended. They then turned away from me and vanished. As when they arrived, I had a vision of the ceiling dissolving once more. This time their craft appeared to resemble a plum shape as they left. As the craft ascended, the ceiling slowly reappeared and I immediately fell asleep.

The following morning I kept asking my older brother if he had seen the Gogos who came to our room last night. He clearly had no idea what I was talking about. Unfortunately my brother recently passed away so I cannot ask him if recalls my strange tale.

My experience is still very vivid even after all of these years and so is my memory.

I recently read up on the Hudson Valley Flap which occurred in NY and CT. It happened during that same time period around 1983. This of course has prompted me to think the 2 are possibly related.

Any info you can share in regards to the Hudson Flap and similar visitations in this area during that time would be helpful. I would appreciate your opinions and welcome some feedback. Especially since I cannot find any references online to an ET group that calls themselves the Gogos. All that comes up are the 1980s band with that name and a legend from Ethiopia.

The Ethiopians legend refers to a group of cryptids known as the Ebu-Gogo, who steal children at night. The descriptions of the Ebu-Gogo do not match the beings I met, so I’ve already largely dismissed that possibility.

I am anxious to find out if others were contacted by a group with this name. I am interested in knowing why they came to me that night and why they have never returned.

I also would like to find out if maybe they have returned over the years but have used screen memories or blank slating to keep me unaware.

As mentioned above, I cannot provide exact dates or times since this event occurred when I was 3 or 4 years old. The date given is only a guess. Based on where I lived I can place this event between 1983 and 1984. I do not recall the time of year. I also don’t know what time of the late evening or early morning hours this event took place. I do recall everyone else was sleeping.