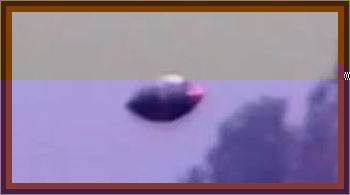 On a winter's night in 1952, it was pandemonium at a Girls Club when they all saw a Flying Saucer.

I was eleven years old when this happened, Diane says. She was leaving the Binghamton Girls Club at approximately 9:00 p.m., in February 1952. The facility was located at the intersection of Frederick and Liberty streets in Binghamton, NY. The girls had just been dismissed for the evening, so the front yard was full of girls age 9-16, about 45-60 in number, all heading for home.

Diane was fascinated by the night sky and the beautiful stars so she was constantly looking up at them. The winter sky that evening was crystal clear, so she took advantage of the opportunity to look around. To the west she saw the moon as a simple crescent. As she glanced toward the southeast sky, she saw something odd and interesting. It looked like a shark's fin at first. I may have been the first to notice the thing. She says, and described the object as self-illuminated. It had a harvest moon orange color sort of appearance. No other lights were visible. She explains that the object drew closer and enlarged in size,then it flipped or sort of rolled over, I saw this whole thing very clearly, when it sort of turned over or revolved horizontally it appeared as a disk and approached us very quickly and stopped in the sky about 45° up from the south horizon. Diane says the object was totally silent. She further states that it was like an orange football or blimp shape with portholes around the middle, and it appeared solid. I had the distinct feeling that we were being observed or scanned or something. It was a very oppressive feeling I had never experienced before.

It's a flying saucer! it started a stampede back into the Girl's Club door, if you can imagine a large number of teen-age girls all trying to get back into a small door all at once.

Inside the girls club the group of teens were yelling at the two women directors, telling them that a flying saucer was outside. The staffer reluctantly went outside for a look. By this time the craft had moved to the southeast and it quickly moved away in an apparent straight line becoming quickly smaller to an orange point of light and disappeared. The director of girls club in an effort to calm the frightened youngsters told them simply. It's the moon. Diane tells us that she objected to the trite explanation, telling the director NO! She pointed to the moon setting in the western sky. The director paid no attention to what the eleven year old had to say about it.

Diane tells us that she did check the local newspaper the next day but couldn't find a report of the event. Finally Diane tells us that for her it was a life changing experience, I entered The University of Michigan as an astronomy major in 1958, as a direct result of fascination based on this event.