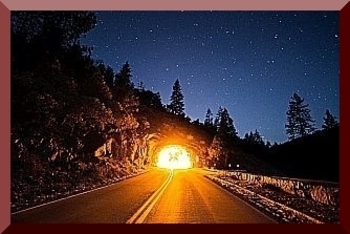 An object was sighted that had an appearance and performance beyond the capability of known earthly aircraft. One fiery sphere was observed for two minutes.

Originally, it was a routine trip to their home in the Corinth Community Sunday night for Dean and Carrie Martin. Then, all that changed.

Carrie Martin told a local newspaper Monday that she was afraid at first that people would think we're crazy, but she said she and her husband had just passed the Corinth Fire Department when they first saw it. They were approaching the new home of their neighbors, Bryce and Michelle Moss on Corinth Road, when they saw something in the sky to their left.

Sparks which appeared to be several inches long were coming from the unknown object in the sky. Carrie Martin said it was just high enough to cross over utility lines. It crossed the road and struck a tree on the Moss property.

There was a car directly behind us so we couldn't just stop, Carrie said. They turned around after a short distance and returned to the scene. It was in the tree, Carrie said. They could still see the sparks and the ground was catching fire.

They drove to Bryce and Michelle Moss's present home and reported the situation to them. Carrie dialed 911 and got Union County Communications Department who advised they call on a land line. Mrs. Moss called Cherokee Communications who said they had already been notified by Union County.

The Corinth Volunteer Fire Department answered the call and extinguished the fire. Chief Doug Bowers said that after a conversation with the eyewitnesses, fire department personnel shined a light into the top of a tree where the object crashed. Chief Bowers said departmental personnel spotted a shiney object about 20 feet off the ground in the tree. The object appeared to be about six inches wide, Chief Bowers said.

Cherokee Communications Department contacted the Federal Aviation Administration who said they had had no reports of any plane in the area having any difficulty. Bowers said FAA officials said they had no idea what had been spotted in the skies of rural Cherokee County. They called it a headscratcher, Bowers said.

Carrie Martin said she and her husband went back to the scene on Monday but could not find the shiney object in the tree. Too, they checked the brush area which had burned and found nothing suspicious.

Mrs. Martin said she wondered if what fell could not have been some piece of the experimental objects that are placed in the atmosphere by the United States or some other government.

For the time being, nobody knows what fell through the Cherokee County sky and crashed into a Corinth tree Sunday night.

A soil analysis was performed with the following results:

1.) No hydrocarbon-type accelerant is detected in any of the soil samples thus eliminating fuels such as gasoline, kerosene, diesel fuel, etc. as possible accelerants.

The following information is provided for calcium nitrate. Its uses include: pyrotechnics, explosives, matches, fertilizers, other nitrates, source of 14C by nuclear irradiation.

The dictionary also lists it as a hazard strong oxidizer, dangerous fire risk in contact with organic materials, may explode if shocked or heated.

The detection of these unusual components bears further inquiry of the landowner by the investigators.

3.) No unusual materials are detected in the tree wood/bark samples from the burn area. Only natural products were observed. Some degradation due to the heat was noted.

4.) The plastic is composed of polyethylene. Some oxidation of the plastic was observed in a melt area, which is obviously due to heat exposure.