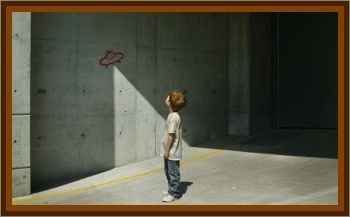 My Dad is just a child 9 years old at the time, playing with his best friend Gabriel after school. They were playing in the fenced backyard of my grandparents house.

My dad turns his back for a second then turns to look back at his friend and Gabriel is gone. It's important to note that my dad and Gabriel were from the top 1% of Ethiopia's ruling elite, my grandfather was Minister of Interior of Ethiopia and Gabriel's father was a 4 star General of Ethiopia. The backyard Gabriel disappeared from had 10' bricked walls with armed guards patrolling on the outside.

A couple of hours pass, Gabriel's parents, my grandparents and guards are searching but no Gabriel.

now their is a nation wide search for this important General's kid, it's on the News, police are searching door to door describing him and what he was wearing when he disappeared, he was wearing a his private school uniform: white shirt, brown pants. Helicopters even searched the country side looking for him, still nothing.

A month passes, then 2 then 4, people start loosing hope that he would ever be found and think the worst.

Exactly 6 months to the Day he disappeared, Gabriel appears back in my grandparents backyard.

He was wearing the same white shirt private school uniform and it was still clean, he looked exactly the same as when he disappeared.

This is where it starts to get weird, once they confirmed his was okay they start asking where he had been.

He said couple of nice men took him on a trip, he was in a white room that glowed and other children were there from different countries, he said he was surprised that the nice men who looked like white guys could speak Ethiopian and he could understand what the other children were saying even though they were not Ethiopian.

The white glowing room had no windows and the doors disappeared into the walls, their were buttons on the walls and if a kid pushed them a bed would come out of the wall. He said he was then all of a sudden in a city, that was glowing, clean, and cars were flying around him. He said their was people there but they looked strange, like us but different. One nice man was still with him and took him to a tall building, where he said he had to stay there for a while, but showed him a room that he could use for entertainment.

Gabriel said he could push a button and the room itself goes places, an open field, the beach, the room itself even flys. He said after a couple of hours he was taken back to Ethiopia and appeared in the backyard, he thought he was only gone a couple hours total.

No one believed him, and Ethiopia being a super religious country, most adults around him thought he got possessed by the devil,

Gabriel even was forced to see a priest to get the evil spirits out of him.

My dad still kept in contact with him throughout their lives, Gabriel got a doctorate in Physics, and I believe works in Holland still.