Attention Turned To Light In Sky 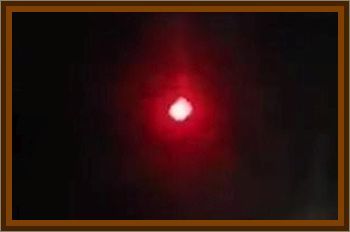 My name is Cristina Marto de Pimental. I am a reporter.

On New Year's Eve, December 31, 1997, my husband and I were at a seaside party in Funchal, which is on the South shore of Madeira Island, in the Atlantic Ocean, 560 miles East of Morocco. We were watching the New Year's festivities, all the fireworks in the sky.

Then several people at the party called my attention to a red and motionless light above Funchal. The OVNI/UFO suddenly made a very tight circle, returned to its initial position, and, a few seconds later, it accelerated at great speed in a vertical direction.

We were all quite amazed at the sight.

A British couple at the festival videotaped the UFO as it hovered. The next day I telephoned the Fuerzas Aereas Portugeses (FAP) headquarters in Lisboa. The Portuguese air force told me that they'd had no flights, neither planes nor helicopters, and no satellites were over Madeira at that time.