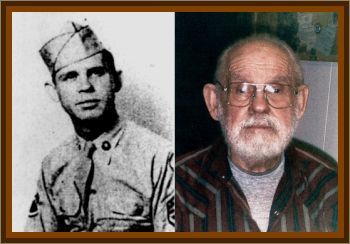 What’s it like to talk freely about a state secret you’ve been forced to live with for 60 years?

Earl felt like he was out of prison, recalls Mary Fulford. He felt like he’d been held for years in a vacuum and finally was released. It was great. The last two years of his life, he was in his glory because he was able to speak up.

Earl Fulford was one of many who went public, in a book titled Witness to Roswell. He was a Staff Sergeant with a Top Secret clearance and served with the 603rd Air Engineering Squadron, AES, stationed at Roswell Army Air Field in 1947 when he was ordered into the so called UFO debris field for cleanup detail, he was assigned to the work detail, perhaps on July 9 or 10, 1947, to clean up a debris field along with 15 to 20 other men. Under the hawk eyed command of MPs. They knew from the day before that something had crashed up there, so they figured this must have been the crash site. Not much debris remained scattered over hundreds of yards.

Fulford described gathering foil like strips of memory metal, which morphed into their original, wrinkle free shapes after he crumpled them in his fist, all had geometric shapes. There were no tears, splits, jagged edges, all the material had completely straight edges, there were no curved edges. This is important information, not only does this show that the material was not balloon material or mylar, not invented in 1947.

Earl found only 7 pieces. They were to police up the site, and put anything they found in burlap bags that was not natural. He picked up small, silvery pieces of metallic debris, the largest of which was triangular in shape, about 3" to 4" wide by 12" to 15" long. It looked like thin, light, aluminum foil that flexed slightly when I picked it up, but once in the palm of your hand, you could wad it up into a small ball. Then, when you let it go, it would immediately assume its original shape in a second or two. It felt more like a cloth, but it looked metallic, it was about like bending cardboard, you bend a piece of cardboard and it might come back out a little. But this would come back in a perfect, flat position with no crease marks or no damage left whatsoever.

He thought to himself: Hey, this is neat. I’m going to keep a piece for myself.

But they searched us thoroughly when we got back to make damned sure none of us had anything. Nobody picked up anything of size. We didn’t see any other type of debris or pieces of debris with writing on them, and we didn’t see any bodies. We also did not see any balloons or balloon material. They launched weather balloons from in between barracks where I lived back on the base every day. I was familiar with them, and the debris wasn’t from one of those.

He said his attitude was: 'Man, what kind of stuff is this? I never seen anything like this before.' And that was the general consensus of everybody.

It never occurred to him to check for thickness or anything, but it had the appearance of being something thicker than it really was, Asked if it was as thin as cigarette package foil, as described by other witnesses and he agreed with that. He didn’t explain it that way, but I felt that it was very light with almost no weight, no noticeable weight, you can pick up a pencil and feel some weight. But the pieces he picked up, He didn’t remember feeling any weight.

A few other questions asked of Earl were:

What about size, shapes, and edges?

Everything we picked up was in like shreds, like you’d just take a sheet of paper and cut the edge off at an angle and maybe cut one in a square, all different shapes like you just took up like a newspaper and tore it up in shreds and threw it down. Everything I’d seen was in a straight line. It looked like it had been ripped off of a larger piece, I didn’t see anything jagged. There was a horizontal edge on everything I had seen, they weren’t uniform. You’d have a three cornered strip and an almost square piece. Nothing in round circles, nothing like that. And I don’t remember anything torn like in an arc or anything like that. Everything had straight lines in one shape or the other.

I don’t remember anything like that. In my mind, this could have happened from something exploding, or something like that. Now what I picked up wasn’t discolored in any way and reminded me very much of aluminum foil.

Asked about the quantity of material he picked up:

Asked if it looked like modern aluminized mylar plastic:

I would say it looked similar.

Asked about temperature in desert sun:

I don’t remember any temperature to it. There may have been. You know, anything you pick up in that country has got a given amount of temperature. That’s something that never occurred to me. If it had been real hot, you know, I would have commented about it or if it had been ash cold I would have, but it was just an ambient temperature.

Earl said that the vehicles all drove up and like formed a circle. They started walking in one direction, went about 10' to 12' to 15' apart where you could see what I could see and I could see what you could see, so we weren't missing anything. Well, I'd seen some type of material or metal or something that looked sort of like aluminum. It was shreds and pieces. My personal experience was great surprise when I picked up a piece and I wadded it up to put in my bag, and before you could get it there it came back to its original shape. And I took it out and wadded it up again and same thing. I would say I picked up 10, 12, maybe 15 pieces, but once it went into those bags, we never seen the debris again. They were military police. They told me up there if I showed anyone or told anyone, I was in deep trouble.

When the Roswell controversy neared its pitch during the approach of 50th anniversary festivities, Air Force Secretary Dr. Sheila Widnall authorized waivers for military eyewitnesses to break their security oaths and shed light on the mystery. There were few takers, and not just because so many were dead. You’re talking about the greatest generation, and they had the fear of God put into them. How many decided to talk because they had amnesty?

A handful. That’s all. You could count ‘em on the fingers of one hand.

Earl Fulford, who died August 2008, at 82. After being hectored into silence by superior officers at RAAF, the WWII veteran was initially suspicious of Widnall’s guarantees and was reluctant to roll.

Earls widow, Mary Fulford, who lives outside the rural Florida panhandle town of Mayo, recalls that her husband of 55 years actually told her about his encounters with the memory metal and his oath of silence roughly a quarter century ago. But their kids stayed in the dark until recently.

When people started talking about Roswell back in the 1990s, we’d say stuff about little green men, and Daddy would say:

Look, if it wasn’t a government coverup, why was it covered up? recalls son Brad Fulford, who lives near Mom. But he wouldn’t say anything else.

The ice began to crack years ago, when the books author picked up Fulford’s trail, sent him a copy of Widnall’s waiver, and began applying a little pressure. But there’s more to this story than details of the exotic debris recovery on the range outside Roswell. Generally speaking, there’s a pattern distinguishing those who’ll talk from those who won’t.

The higher the rank, the less likely they are to talk. A career guy is less likely to talk because he’s got a bigger pension. Yes, they’ve got waivers, but that doesn’t matter to some of them. They’ve lived with it for so long.

Mary Fulford says Earl’s decision to go public with his role in one of the strangest chapters in American history was as much about resignation as an act of faith.

I’m not going to be around much longer anyway, so what can they do to me?

Thus, for a brief shining moment, the old sergeant was able to unburden himself for all who wanted to hear. He wound up on Larry King, addressed audiences at the International UFO Museum & Research Center in Roswell, and died a week or so after returning from Los Angeles to participate in a documentary.

That was his dream, to go back to Roswell someday, says Brad Fulford, who nudged his father back to New Mexico by putting the trip on his credit card. I was so glad I could do that for Daddy.