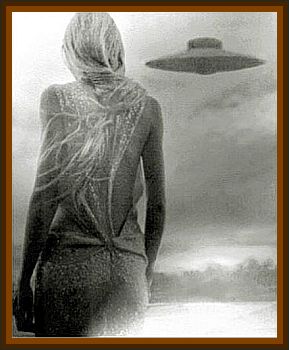 In the very beginning I thought it was a satellite because of it’s dark color and can shaped outlook. However, when it flew closer and closer and we did not hear any unusual sound from it, actually not even a sound. It was close enough to observe it completely, and I was the first one who saw it. Then I asked others to figure it out, including my coach.

But no one had ever seen it before. That object was flying from north toward south in a speed of near 50 kilometers per hour, and in the attitude of 500 to 600 meters.

And also I would like to share some experience that the people have got around me. On a night of 1989, I was 6 years old and at that night I was sleeping with my grandma.

The mystery occurred at that night was that my grandma actually saw a creature human like 6' high standing by the bed, and grandma was very afraid of that creature and didn’t dare to switch on the light, the switch was really close enough to reach, well convenient for elder.

On a night of 1996, my cousin went out of his bedroom for No.2 , he stood at step of back yard, when he was doing his No.2, he realized a 3' creature with a tail before him, well that lasted 3 seconds and then he ran back room in haste.

In my culture, people are not allowed to point finger to the moon. When I was a child, my grandma told me once I point finger at moon, my ear would be cut by? I don’t remember. Nevertheless, I didn’t take it as real, and I did get a ridiculous wound at my left ear.

And finally, I do really think that UFO has something to do with earthquakes. I know that.