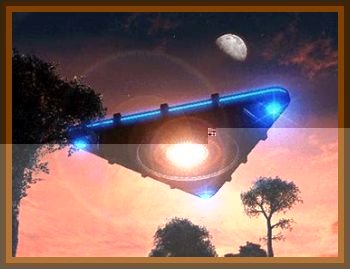 I wonder why I never hear anything about this event. It’s like it never happened and at least 500 people, probably more than 1000, witnessed it.

We were outside our home, North 36th in Fort Smith, AR. My mother, father and myself were there. Our neighbors were in their front yards.

Then in the sky a triangular shaped object appeared right above our home not 300' above us.

It had 3 lights on it with one on each corner. We all saw it at the same time, as did many people over the whole city of Fort Smith.

The radio station started reporting on it after many calls. A well known preacher in Fort Smith was praying about it, and the radio station had everyone gather at the Pepsi or Coca Cola bottling plant and there were at least 1000 people gathered there who had seen the object/objects all over the city.

The preacher also was there and it was quite an event. It was in the news for a couple of days, and then some hokey story about a weather balloon was released and the story was cold.

In the past few years I have spoken to people who did see it and remember it well, and we all remember the event and wish we knew more about it. The craft we saw could move very suddenly very fast and just stop and hover in the air. No one had ever seen anything like it.

Last year, I heard from a man who had been stationed at Fort Chaffee, just southeast of the city, who was looking for people who remembered the event. He said he had never gotten it out of his mind. He is out of the service now and lives in Florida. I would love to know if anyone has reported this at this, or remembers it as I do.

My sister was in Oklahoma at the time and she and her boyfriend saw it from the bridge that leads from Oklahoma into Fort Smith. Would love to hear more from anyone about this event. The date may not be correct, but it was around that time. By the way, many people reported that the lights changed colors on the craft.