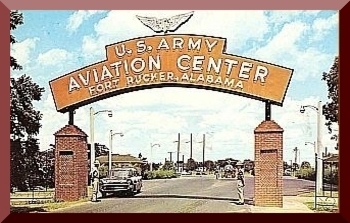 I was in the U.S. Army at the time, near the end of Flight School. I was stationed at Fort Rucker, AL.

I awoke that evening, looking towards the door, seeing an entity next to the door to our room. I assumed it was guarding the area. The immediate thought that ran through my head was to make a lot of noise, trying to wake my roomy's and possibly get others to come into the room. But then I thought that if I were sleeping/ dreaming I would look like a real idiot, so I passed on that idea.

I then looked over to my right and saw the shadow of a second entity. Apparently this one was working on my room mate on the bunk below me. I have no idea what it was doing, but it was moving at an incredible speed. I had the sense that there was a third entity in the room although I couldn't see it. I then decided the take advantage of the situation and get a good look at this thing by the door.

The first thing I noticed was that the middle hinge on the door was exactly how tall this thing was. After looking this thing over for about a minute or two, it saw me awake. It didn't take long for it to notice me either. It pointed in my direction and moved its mouth, as if yelling or talking or whatever to the other entity's, telling them I was awake.

At that point a thought came to me that if I closed my eyes they may think I was asleep and leave me alone. After what seemed only a few seconds I opened my eyes again and everything was gone. Of course I assumed I was dreaming but when I opened my eyes, I was in the same exact position, looking the same way I was before.

The next day my other roommate, not the one worked on, noticed some welts on my back. There were three of them. I laughed it off, but never took the time to look at the welts in the mirror.