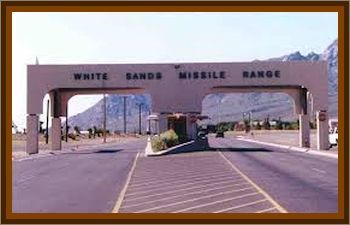 During the hot night on the fourth of July in 1949, Fry later changed it to 1950, which was problematic, Fry went out for a walk to escape his hot stuffy room. He had missed a bus into town and was alone back at the base. Alone in the desert, he noticed an odd star that turned out to be not a star at all, but a craft that was an ovate spheroid, which landed roughly 70' away from where Fry stood.

Fry found himself approaching the landed UFO. As he did so, he wondered if he should report the sighting. He explains his reasons why he didn't.

What should I do next? Should I return to the base and report the advent of the craft? This, at first, seemed the logical thing to do, but then another thought intervened. It would take at least three quarters of an hour for me to get back to the base, find someone in authority, and return with other observers. What if the craft took off in the meantime? There would be nothing but a crumpled patch of brush to substantiate my story. Who would believe me? If any one did believe, who would dare to admit it?

I had read enough of the ridicule heaped upon those who had been incautious enough to admit having seen some unexplained objects flying in the air. How much worse would be the lot of one who claimed to have seen one land and to have been close enough to touch it, yet had no proof except a flattened patch of brush!

Continuing with his exploration of the outside of the object, Fry touches the smooth metal. At this point, he hears a voice:

Better not touch the hull, pal, it's still hot!, Now this seems absurd, and for some reason it reminds me of the pancakes given to good Wisconsin farmer Joe Simonton. Simonton's was a classic UFO story; In April 1961 a UFO landed on his farm.

The aliens gave Simonton a silver pitcher, which he filled with water and returned to the ETs. They then made pancakes from the mixture, four of them, and gave them to Farmer Joe.

It makes little sense; it makes no sense, and yet many UFO encounters are full of these disconcerting episodes.

Fry, like the other contactees of that era, was magnanimously invited to take a ride inside the spaceship, and he accepted. Fry found himself traveling over the United States to New York and back within thirty minutes. All the while, he communicated with A-lan the ET, who gave him insights into such eclectic topics as physics, prehistory, and the philosophies behind civilizations.

There was rivalry in science. Friendly at first, but becoming bitter with the years, as each nation flaunted its achievements in the face of the other. In a few centuries their science had passed the point of development which exists here now. Not content with releasing a few crumbs of the binding energy of the atom, as your physicists are doing now they had learned to rotate entire masses upon the energy axis. Under the circumstances, it was inevitable that the two nations should eventually destroy each other, just as the two major nations of the earth of today are preparing to do.