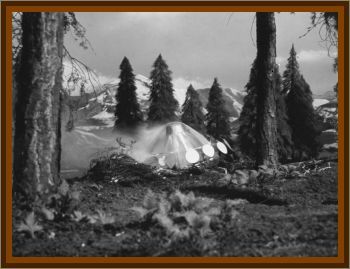 The Vril Society members were supposedly the first group to attempt the back engineering of an extraterrestrial spacecraft. A German writer, John Von Helsing, describes the discovery of a crashed saucer in the Black Forest, near Freiburg, in 1936 and says that this technology was taken, and combined with the information the Vril Society had received through channeling and was made into a further project called the Haunebu.

What the Freiburg disk might have looked like.It was said to have been smaller than the Haunebu I with a domed top and bottom, but no dimensions are given.

Many have claimed, however, that the SS took the same basic configuration for the Haunebu series.

Haunebu I was supposedly the first large flying saucer developed in Germany. According to plans allegedly obtained from classified German SS files, the Haunebu I was approximately 75' in diameter and probably lifted off for the first time in August 1939, a few weeks before the outbreak of World War II.

Their source of power was the Black Sun, an infinite beam of light which, though invisible to the human eye, exists in anti-matter.

The Vril emblem became the Black Sun, a secret philosophy thousand of years old provided the foundation on which the occult practioners of the Third Reich would later build. The Black Sun symbol can be found in many Babylonian and Assyrian places of worship. They depicted the Black Sun, the godhead’s inner light in the form of a cross. This was not much different from the German’s Knight’s Cross.

1871 saw the publication of The Coming Race by the English Rosicrucian, member of the House of Lords and minister of the state Edward Bulwer Lord Lytton, who personally knew one of the leading occultists of his epoch, Eliphas Levi. In this novel a young American somehow is led ever deeper into chasms in the earth until he reaches a subterranean realm in which live tall and highly educated people who had mastered a mysterious power they called VRIL, the vital energy of the shooting grain that anyone could concentrate through his or her so called Vril Staff, and individually apply both healingly as well as destructively. Thought transfer and telekinesis were also possible, but VRIL could also serve as a weapon.

Helena Blavatski, the foundress of the Theosophical Society, describes this force as an aether stream that in 1872 could be transformed into a physical force only by the Englishman John W. Keely, an initiate of Nature, through a mechanical device, an ability that apparently had been rescinded by the spirit side due to the threatened abuse of it on Earth.

Rudolf Steiner, the initiator of the Anthroposophical Movement, at the beginning of the 20th century describes this VRIL power as aether of life, and named its abuse as the cause of the destruction of Atlantis. In his mystery plays Rudolf Steiner recalls the fate of John W. Keely in the figure of Dr. Strader. In the last scene of the last play Dr. Strader becomes the fulcrum for the New Age. To whit, Only when the laboratory table becomes the altar, when from the fruits of the materialistically dominated natural science evolves a moral Science for Nature, the New Age may unfold.

It is said that in the 1920s the Austrian Karl Schapeller had conducted successful experiments with Vril that he called fiery aether, but had remained without success due to the danger of economical misuse. This Vril Technology apparently was taken over and further developed in secret up to operability by the Reichsarbeitsgemeinschaft, Das kommende Deutschland, The Reich’s Study Group - The Coming Germany, that some think is the legendary VRIL-Gesellschaft, VRIL Society. In the war years after 1940 names like V7 or V9 and the technical documents still available indicate that German flying disks were equipped with a kind of VRIL technology via an electrostatic propulsion system enabling those flying maneuvers that we know today from original films and science fiction representations.