Strobe Lights and Entities on Ground 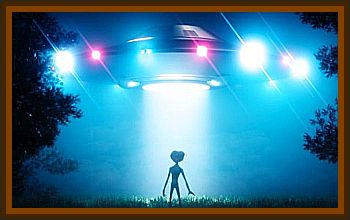 I was returning from a basketball game late at night from the local high school. The school was 3 miles from my home. Usually I was able to ride most of the way with a friend and walk home the rest of the way. I was 16 years old and lived on a small farm bordering a mountain. My father was a poultry farmer and part time carpenter.

I was walking the winding county road the last half mile to our home which turned off to the right. The driveway passed an old two story house on the left, where my father kept his carpentry tools, and the long poultry house. The driveway continued, with our home on the right.

There was snow on the ground, perhaps 6", and the sky was completely cloudy.

Before I reached the driveway, a beam of light came through the clouds and circled the ground on the hill about 200 yards in front of me on the far side of the driveway on the side of the hill.

I paused, confused that any airplane of any sort would be out there in the middle of the night on a West Virginia mountainside.

I continued for a few steps and another strobe of light beamed through the cloud coverage. Once again I paused and looked for something that could be the source of the light.

Seeing nothing more, I continued on.

Shortly a third beam of light beamed through the clouds to the same spot and made a tight circle and disappeared. After stopping and observing nothing more, I continued on and went to bed.

The next morning, while my mother was fixing breakfast, I told her of the incident. She relayed to me that shortly before I came home, my father was awakened by a light shining through the bedroom window. Looking out the window, he saw a bright light, like an orb, between the old house and the poultry house. Fearing someone was trying to breaking in the old house to get his tools, he quickly put on his clothes and grabbed his shotgun.

To head off the intruders, he ran around the poultry house to head them off from behind. Visibility was pretty good, with the snow on the ground, making it somewhat easy to see. As he rounded the poultry house, the orb came out from between the two buildings and proceeded to move toward the spot where I later saw the strobe light beam to the ground.

Surprisingly, a second orb was sighted at the edge of the county road. It also started moving up the hill too, moving toward the same spot.

As my father chased them, he saw a third orb near the ground where the strobe light had appeared.

All three lights came together at the same spot and disappeared.

Approximately a half hour later, I came home and saw the strobe lights.