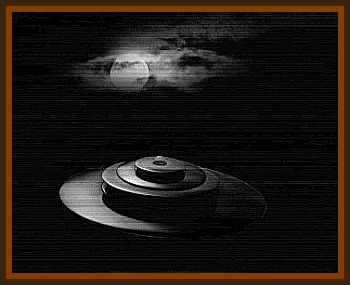 Francis Miller, an Oak Ridge laboratory employee, while driving along a road in Oak Ridge saw an object that appeared to be less than half a mile away and between 1,000' and 2,000' feet up. It appeared as an aluminum flash that was traveling in a south southeast direction.

He only saw it for a few seconds. Subsequently it was discovered that a nuclear radiation detection station, a Geiger counter, in the vicinity of the sighting, registered a burst of alpha and beta radiation. The purpose of this station was to detect any leaks of radiation from the Oak Ridge Laboratory. There was no leakage of radiation, however.

An expert from the Health and Research Division analyzed the readings from the Geiger counter and pronounced them unexplained.

Whether the reading of the Geiger counter was actually a result of nuclear radiations or whether the presence of the UFO induced a transient electrical fault in the counter or whether there was some other explanation is not known.

This case does not appear in the Project Blue Book file.

But the witness told the Clinton Courier-News said he saw an object generally referred to as the flying saucer. This article was quoted in a November 2, 1950 FBI document. Sighting was not verified by radar, the document says.