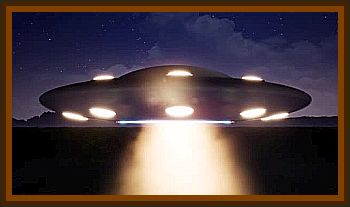 I was at home with my wife and our new baby. We were living in a top floor rented flat that had 2 full length windows with a glass door in between, which gave access to the balcony.

Being the top floor, our balcony had no roof, having no balcony above it. Hanging from these windows was a set of full length curtains.

I had been watching football on the television, with the lights out, and my wife had fallen asleep laying on the sofa. The time was very nearly 11.45 p.m. and most of the decent programs on TV had ended. Earlier in the evening, the local weather forecast had predicted possible snow showers, unusual in Norfolk at that time of year, so being bored with the TV, I decided to check on the weather.

Now it had always been a sort of weird joke in my family home when I was growing up, that when anybody was asked what they were looking at out of the window, they would reply with: Just seeing if it has snowed.

This would be the response no matter what time of the year. Silly but fun. It made me smile to myself as I was getting up to go look.

Having gotten up, I walked to the window, opened the curtains, pulled them back behind me, to cut out the glow of the TV and stood looking out. It was obvious that we had had no snow and looking at the sky it seemed obvious that we would not get any as the sky was very black and totally clear. Not a hint of cloud, with all the stars shining brightly. I must have stood there just looking up at the stars for 3 to 4 minutes when it appeared overhead from behind me. It was only in my view for maybe 5 seconds before it was obscured by the block of flats opposite.

It was a very bright circular looking object, off white in color, with no other coloration or marks. It made no noise, or if it did I did not hear it and it travelled in a straight line. Oddly, at the time, it appeared to change its shape from circular to elliptical as it moved further away.

To say that I was shocked would be putting it mildly. As soon as it had gone from view, I recovered from the initial shock and stepped out onto the balcony searching the skies, but there was nothing. A quick glance down to the street to look for other witnesses was a waste of time. It was deserted, not even a drunk from the local pub. I then went back inside, excitedly woke my wife and tried to explain what I had seen.

Now I had always been fascinated by the thought of aliens and science fiction stuff, but this was most definitely not what I presumed a sighting would feel like. I had been excited, but shocked at what I had seen, but a bigger shock was my wife’s reaction as I tried to explain and describe what I had seen. The excitement was very quickly replaced by an awful feeling of resignation that no matter who I told, nobody would believe me, as I had nothing or nobody to back up my story.

This left me feeling very depressed and so feeling quite dejected, I went to bed. It took me ages to get to sleep, mulling over what had just happened, but sometime during the night I resolved to report the event very first thing in the morning.

Sunday morning and I was off down to the public phone box, as we had no home phone line, but when I got there I was not sure of who to call. It made sense to start with the police, on the assumption that somebody else had seen and reported it. The initial response from the police officer was much the same as that of my wife the previous night, except it came over quite obviously that he considered me some kind of nutcase, laughing and asking about little green men. Eventually I managed to persuade him that I was genuine, whereupon he informed me that nobody else had filed a report. He then said that he would log my call and perhaps a call to the duty officer at the local RAF base, Coltishall, might be more fruitful.

It took a while to get through but eventually I spoke to someone who told me that nothing had been reported and that nothing odd or strange had been picked up on radar, but that my call, name and address had been noted. He then asked for more details about the size, speed and height of the object and to be honest it was not something I had thought about. I could only describe its size as looking like a Harvest moon, the sort of big full moon you can get in September, but as regards the height and speed I was lost.

After finishing the call I walked slowly back home and thought about what the RAF officer had asked. How on Earth can you gauge the speed and height of an object if its size is not known? I did get to clarify one thing however, that of how the object seemed to alter its shape. It was flat or saucer shaped.

Experiments with a dinner plate when I got back home confirmed this, but other than that I was resigned to the fact that I would never know. All the same, I figured somebody else must have seen it as Norwich had about a quarter million inhabitants. So I wrote to the editor of the local paper asking if anyone else had seen it.

I did not put any specific details in my letter, preferring to let others corroborate with what I knew, rather than what I had written. I got some replies, most were from loonies with the most fantastic junk they could conjure up, but a couple of others seemed genuine. I contacted these people, but their sightings although believable bore little resemblance with mine. Shortly following my letter, there was a wave of reported sightings that lasted on and off for a couple of months, but again nothing that matched what I had seen and eventually the whole thing seemed to die and was either forgotten or dismissed.

Was it alien or terrestrial? I have no idea, but one thing I do know for sure. If you do report a UFO then be prepared to accept ridicule from even your closest friends and family.

Since writing this I have been informed by a former RAF official that the radar at Coltishall could not have picked up anything like this anyway. Something about transponders or something like that. I cannot say.