First Time It Was A Bright Light 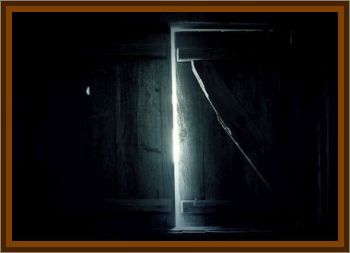 Second time, parked up in same area and saw light skimming around field through hedge, We were courting, I had nose bleeds and a headache for about 6 weeks after.

The third time they came we were married and had moved houses. 3 times. How they found us I don't know.

My husband had banned me from looking out of the window across the field but we had a burst pipe and had to go to the utility for a bucket and saw light going around field behind house.

Well I asked my husband to look from a bedroom window and said is that a car going around the field?

It was small and it landed in fields all lights went out except a small red glow, then a beem of white light swept across our faces, my husband said they weren't doing it at us, he was scared.

He said close the curtains, I did, but they came back many times after that and we had lots of funny experiences.

But still know as mutch as anyone else nothing, as I am old and have had time to think about it.

Well I've come to a conclution I think they are what we become in the future, and they come back for genetic material bacause I became painfully knowing new things, before they happened. I am sure time has something to do with it.

I had 3 dreams about the big wave before it happened this is just a feeling I have about them they did tell me. I'm sure that I am not part of them but some of them are part of me. I may die soon I am in bad health and 64 so have to get this off of my chest anyway.

I lived part of life in fear.