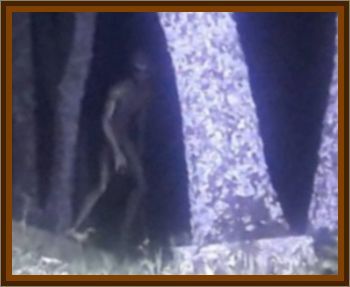 For several nights during late October and early November 1965, strange objects were seen in the sky and seemed to be probing the huge farm complex of industrialist/chemist Dario Anhaua Filho near Mogi-Guacu, Brazil.

During the course of one incident, Mrs. Filho and her grandson watched a lighted object land in an adjacent field and saw small men alight from the craft and walk around the field. The small figures picked up twigs and branches, and appeared to examine a mare which was standing by the fence. They seemed unaware of their observers.

Mr. Filho was in town on business and when he returned, his wife told him of the event. The next day, he went back into town where he contacted and invited friends, including the bank manager, to come and watch for the return of the object and its occupants.

The vigil was rewarded on the night of November 13th. As darkness settled over the countryside, the object came in and landed about 400' from the fence separating the yard and the field. At about this time, the local sheriff and a police clerk who had been driving to Catagua, drove by on a highway near the farm and saw the object hovering prior to landing.

The bank manager became so excited when the craft came down that he stumbled and dropped his camera and could not find it in the dark.

The beings observed by the Filhos and the bank executive were small, about the size of 7 year olds. One was wearing overalls, the other chocolate colored pants and a gray collarless shirt. The third being had a squarish, flat head and was wearing what appeared to be a surgeon’s apron. All three, including the craft, glowed brightly. They set about the tasks of the preceding night, uprooting plants and plucking leaves and twigs from bushes.

When the object first landed, Filho called a neighboring farm and before the little men had departed, some guards and the local parish priest, Longino Vartbinden, arrived at the farm and witnessed the spectacle in the field. When the little creatures were finished with whatever they were doing, they got into the object which took off at high speed. The area apparently was not visited again.