Apiarist Finds Himself Aboard A UFO 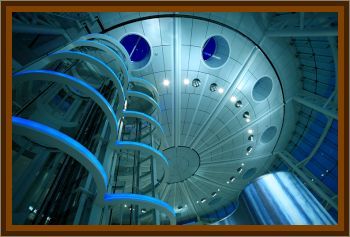 Donald Fender, 49, a self employed apiarist, bee farmer of Greeneville, was driving on Route 40 to Madison, north of Nashville. He was in his pickup truck and his dog with him.

In the vicinity of Cookeville, his dog began to act strangely, and Fender felt like someone wanted to talk to me.

Obeying an impulse, he turned off on a side road.

He noticed a long balloon like thing that stretched along one side of the road for a distance of a mile or a mile and a half. White and silky in color and texture, he then saw another one on the other side of the road.

Curious, he pulled off and stopped his truck. His dog was by then quite agitated. Then, without any transition, he found himself inside a solid white colored cigar shaped room, or enclosure, approximately 50' long. He sensed rather than observed, five humanoid entities gathered around him. They were small in size and they stared at him. One was to his immediate left.

Then they began to question him about a number of things, most of which Fender was unable to remember. They also gave him certain information, they told him they were emissaries of peace and that they could enter Earth’s atmosphere only at this point, or window, along the road. And that this spot would become the future home of space travel.

They also told him of dire events including major catastrophes that would come about in the near future. He saw, or was shown various scenes, as though he were floating far above them, of areas of major destruction and devastation.

These included scenes of green farmlands he identified as being English, these were devoid of any kind of life.

After approximately 15 minutes, he suddenly found himself back in his truck, with no idea of how he got there. Along the roadside there was nothing unusual to be seen. His dog was behaving normally once more.

He felt very strange and disturbed by the experience.

Arriving at Madison about an hour later than he expected, he was unable to account for the lost time.

He went to the Department of Defense where, he said he spoke to Defense Secretary Brown himself. His story was met with little enthusiasm.

There is more to the story that he is unwilling to divulge over the telephone to the investigators.