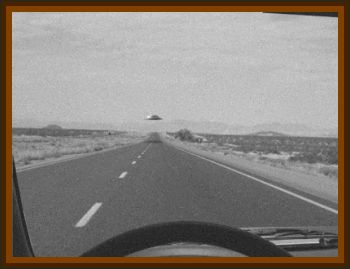 I was going home from work in Fargo and driving to Moorhead, MN.

I saw a saucer shaped craft ahead of me. It was visible because of a light going around like a light house.

It was low on the horizon. I observed it all the way home and got out and looked at it for several minutes to get a good look. I went in for a binocular but it was gone when I came out.

The direction of the craft was due East from Fargo.