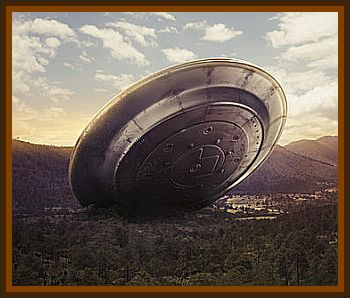 The newspaper Daily Telegraph, Sydney, on August 2, 1955, published a story, almost forgotten, about 3 men, Max Clow, 23, Alex Rose, 29, and Peter Johnson, 25, who claimed to have witnessed the crash of a craft of unknown origin and encountered its occupant.

He provides the newspaper story:

3 young men returned to Melbourne with the picture of what they said was a flying saucer pilot. One of them took the photograph about 14 miles from Eucla, on the South Australian border.

They were driving through flat country covered by scrub and tall trees when they heard what they thought was a blowout, and stopped to look at the tires. Then Johnson pointed out a shiny object falling to the ground about 3 miles away.

After an hour’s search they found jagged pieces of shining metal and then saw a moving figure 150' away. They went closer and watched the figure for about 25 minutes.

It was like a frog from the back and a semi human from the front, with a green cloak hanging to just above its knees. The 2 curved horns on each side of its head gave it a devilish appearance. Its feet and hands were armor plated and, to make it worse, it was wriggling and swaying like a fish out of water.

Alex then plucked up his courage, moved nearer, and took photographs.

Then to our amazement, it began to disintegrate before our eyes, said Clow.