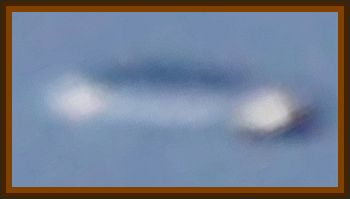 Bill Estep reported seeing a flashing light in the sky.

When he went to investigate, he saw what he described as a long, narrow, silver object with lighted windows and a revolving light on top, hovering in the air just above the trees.

Although police were unable to confirm Estep’s report, Rubin Strong of the Prairie Grove Police Department, who investigated the claim, told press that he believed that Estep had indeed seen something.

In addition to Bill Esteps account, that same night, people throughout Fayetteville reported lights in the sky.

Those sightings drew the attention of Project Blue Book, a project developed by the United States Air Force to investigate the UFO phenomenon. The Blue Book report on the incident noted that as many as 1,500 people witnessed the UFO in Fort Smith.