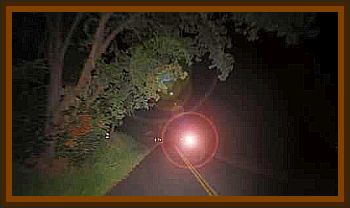 Woodruff House on the outskirts of Seaboard is a preserved plantation home dating from the early 1800s.

It also plays host to an eerie yellowish light that occasionally appears in the downstairs windows, seeming to flutter and dart from room to room before vanishing.

The legend is that an insubordinate slave named Ephraim was believed to have murdered his owner, Martin Woodruff. Ephraim had escaped the plantation after the murder, but a posse tracked him down and brought him back to enact a horrible vengeance.

They burned Ephraim at the stake.

Soon after, the light began to appear. The old timers swear that it's the restless spirit of Ephraim, still bound to the place where he met his awful death.