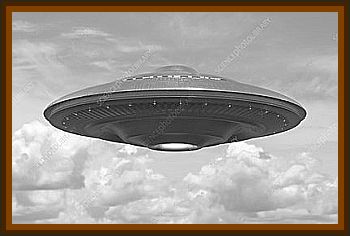 As my friend was driving and I was a passenger, I saw what I thought was a shooting star as we were were headed to her home.

As we got out of the car, there was a silent, enormous, disk shaped craft stalled over her house. It was approximately 1000' off the ground, and larger than her 5 bedroom, 2 story home. It was circular and a dull metal color, like pewter, with a compartment beneath lit up by lights.

After about 5 minutes, it started moving slowly, and it was scanning a creek behind her home with a red, transparent light disk which was directly in the water and moved in sync with the craft.

I still wonder what they were looking for.

After about ten minutes, it slowly moved away from her house, and we got in the car and proceeded to follow it. It stopped over a local farm where we could not gain access. It then emitted a noise sounding like three jet airplanes preparing to take off, then darted up diagonally, and in five seconds, was no longer visible.

That was it, I never saw it again, and I will never forget it as long as I live.